This post is a continuation of the first one on this topic, because I like distilleries (so shut up). The only reason there isn’t a volume 3 coming (at least, right now) is because I’ve been so fucking busy I haven’t even had time to blog, much less go take Instagram-able pictures of drinks in various places (dammit).

The prior post mainly covered distilleries in Denver proper, but I don’t actually live in Denver proper, so I’ve also visited several in towns and suburbs closer to where I live, north of Denver. Some (most) of them were GREAT, and a couple were quite open to discussing some low-sugar options, so I’m excited to share them with you.

Cocktail purchased: Cucumber Fizz (Cucumber-infused vodka)
Thoughts: I love Mad Rabbit, because it’s close, comfortable/laid back, reasonably priced, and has great drinks. Further, during our first visit one of the bartenders patiently explained how to infuse vodka with various flavors (because I’m obsessed with their cilantro- and cucumber vodka options), which has become the premise for a near-term post on vodka infusions, so stay tuned for that (hint… it’s so fucking easy I don’t understand how I didn’t know how to do this). During my second visit, I purchased their vodka (I haven’t actually purchased a lot of stuff during my distillery visits, so this is saying a lot).
I also absolutely have to give Mad Rabbit extra kudos because Paul (owner) recently donated a nice bottle of bourbon for the 2019 JDRF Rocky Mountain Gala… THANK YOU Paul!!!
Overall: The combination of good beverages, proximity, atmosphere and kindness of owner/staff gives this one a 5 out of 5. 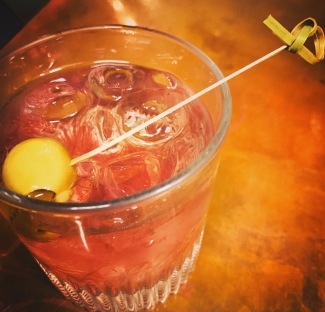 Cocktail purchased: At the time of my visit, there was nothing on the menu that could be converted to low sugar without ruining the drink — so the bartender made me… wait for it… a vodka soda water. But it was a good one (and the options have since changed) (vodka)
Thoughts: I really liked this place. It was (also) super laid back, and the bartenders were friendly and accommodating. We ended up conversing with folks from other tables multiple times because everyone there was quite friendly.  The bartender went out of his way to ask me several questions about diabetes, and then make me a special drink – and then came by our table twice to make sure it was ok (it was). In addition to the drinks I had, I also tried their coffee liqueur and it was excellent (honestly, whoever thought of creating a coffee flavored liqueur should be given their own holiday). Will definitely go back.
Overall: I’m giving it a 4.5 out of 5 due to the lack of low sugar options on the menu, but totally willing to give it a 5 on a return visit.

Cocktail purchased: Blackberry Mojito (blackberry vodka) and Money Penny (raspberry vodka)
Thoughts: This is the first distillery I’d ever been to, and it made me want to go to distilleries everywhere (well, obviously). They had a shitload of drink options even I could choose from, owing to their wide selection of flavored liquors. The staff there were extraordinarily friendly and accommodating – to the point that when I returned several weeks later for a second visit, Chloe (I even remember her name!) remembered me AND my dead pancreas AND the drink I’d ordered and asked if I wanted her to make it again. HELLO what else does one need?!
My only issue with this one is that they seem to close randomly with no warning and not, as far as we can tell, with any deference to their hours of operation. I heard from a friend that she tried to go one eve and they were closed, and then I had the same experience a couple of weeks later (which is annoying, because there aren’t other options really close by to relocate to). Maybe the name change is a sign that this is no longer an issue? Time will tell.
Overall: 4.5 for being awesome/great service, but randomly closed in an inconvenient way. 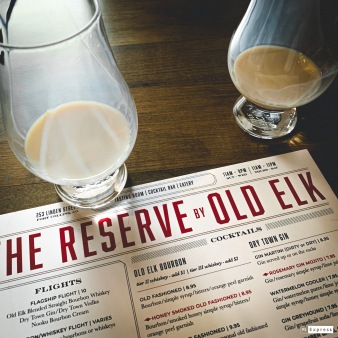 Cocktail purchased: Blackberry smash (bourbon). Also tasted their bourbon creams (regular and peppermint), which were to DIE for.
Thoughts: Going to Old Elk made me feel fancy and hipster (totally what I was going for, obvs). They are known for their bourbon and IMO, nailed the according vibe appropriately (modern lodge-y). The decor was really well done, and the drinks were beautiful. I had a great chat with our server about low sugar beverages, which is when she brought tasters of their bourbon creams to try. They were like a quality version of Bailey’s Irish Cream (minus the insane amount of sugar and bad aftertaste), and had no added sugar. I’m planning to get the peppermint when the holidays roll around again. I don’t get up to the Fort as often as I’d like, but will definitely be returning.
Overall: Solid 5 out of 5.

Cocktail purchased: Something vodka and fruit-based (don’t remember and not on web site)
Thoughts: I’ve been to Vapor twice, and the first time was pretty ok but the second was a total disaster, and that really colors any memories I have of this distillery. Vapor has more of a brewery-type atmosphere; kinda cavernous, big garage doors, lots of college types, etc. I remember the service being reasonably meh during our first visit, but it was ok enough to go back. On our return visit, the woman serving at the bar was so drunk she couldn’t get the liquor (or anything else) in the glass, and was pouring it all over the bar, herself and the floor. While attempting to make drinks (emphasis on “attempting”) she alternately told us she loved us, then disliked us immensely. It was, all told, a complete shit show. We wanted a damn drink and didn’t particularly want to relocate, so we stuck it out, but I won’t be returning. I can’t remember anything about my drink, which isn’t a good sign either.
Overall: No. Just no.